And to think that there was a controversy about having these parades across the nation. God forbid we would stop for a moment and think about war and its human toll. One might even think that Presidential Campaigns are of more importance. They would be if all that campaign money were turned over the VA to care for these men and women.

I know Abel Moreno and the founders of Vets4Vets. I had the honor to be a participant in six of their Retreat/Workshops around the southwest.

I sing songs of praise for their tenacity in caring for the men and women of war.

See the link below for more detail.

—more from notes about Thursday’s meeting—
But first, unending thanks to Dr. Jeanne Stellman who joined us for the meeting in Washington DC. A powerful voice from a gracious lady and esteemed supporter of veterans’ issues!

We flew to DC to have our meeting with VA’s Health Benefits Administration in the Hart Senate Office Building, hosted by Sen. Burr’s staff, with the following results:
1. the C-123 aircrew/maintainers dioxin exposure issue will bereferred to the Institute of Medicine for a special report,hopefully ready by the end of 2012. VA will prepare a Statement of Work (SOW) without outside input, but IOM will conduct public meetings soliciting comment
2. VA reassured C-123 veterans our herbicide exposure poses no risk to health
3. VA stated no medical care will be allowed even on a presumptive eligibility basis for AO-presumtive illnesses (unless the veteran is otherwise eligible)
4. benefits claims now in for C-123 aircrews and maintainers will most likely be denied
5. Agency for Toxic Substances and Disease Registry letter of 26 Jan 2012 hasno particular relevance to benefits eligibility of veterans as it was provided outside the realm of the VA itself; apparently, “its the VA’s ball”
6. VA defends their apparent “not enough dioxin to harm” newly created threshold, never before established by any US government agency
7. VA didn’t realize only about 1500 aircrew and maintenance personnel are involved in this issue, expecting the numbers to be higher
8. VA defended their earlier challenges to and dismissal of the 1979 Conway survey of Patches and the 1994 Weisman/Porter survey of Patches, saying use of standard swipe protocol resulted in inaccurate findings and thus no veterans were affected by either inhalation, ingestion or dermal routes of exposure

9. other than the suggested IOM referral, not a single suggestion was made by the VA, whose duty it is to assist veterans in presenting their claims, to help us present our claims; we were struck by the fact not a single note was taken by them of points we felt important to bring to the discussion
10. one VA official likened our exposure during 1972-1982 to her traveling as a 1976 passenger in Army trucks which had been used earlier in Vietnam
11. VA agreed it will be appropriate for IOM to form a retrospective view of Patches prior to the 1979 Conway report, as dioxin contamination levels are likely to be higher in the earlier years

12. VA likened the requirement for employees at Davis-Monthan AFB to wear HAZMAT protection around the quarantined C-123K fleet to the “hysteria” of recent civilian water contamination

13. the expected USAF School of Aerospace Medicine report wasn’t presented, and apparently isn’t quite ready for either discussion or presentation – aircrews certainly hope that USAFSAM will take a hard stand confirming our exposure, and that at the very least since they cannot direct VA to provide care, USAF should declare that the aircraft were unsafe to fly during the years we had them, and would certainly constitute an unsafe to fly designation today
In an outside, casual conversation, our suggestion that our benefits applications are being stalled to prevent appeals progressing to the more public forum offered by BVA and other courts was not challenged… the VA official simply smiled. The oldest claim we can identify among our veterans is one year old, other than those denied years earlier by BVA due to veterans’ inability to identify specific tail numbers of AO-spray aircraft and inability to prove lingering contamination. Note: both such proofs released by the USAF via FOIA in May 2011, but not available to the veterans before their claims were denied in 2007. It is to be expected that claims henceforth will continue to be denied, but with newer reasons created to cite as justification as the old ones are now invalid. 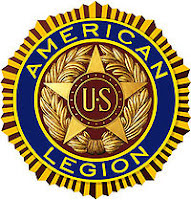 Our thanks to leadership of the American Legion, which hosted us on Wednesday in preparation for the VA meeting. American Legion is solidly behind us and will be presenting a resolution to their Spring conference. Also, thanks to Dr. Jeanne Stellman of Columbia University’s Mailman School of Public Health, and Dr. Fred Berman of Oregon Health Sciences University who presented expert support during Thursday’s conference. Both experts generously contributed their time and expertise to supporting our presentation.

I have deemed it important to post these correspondences in their entirety, so as to surface any layered truth and to identify members of the Armed Forces that may have been exposed to Agent Orange by way of association with the C-123 craft. Should you not want to respond at this site, you may email me at “micpatrickbrewer@gmail.com” Or leave a message at 520-540-7000.
Note: we’re looking for names and email addresses of Ranch Hand aircrews and maintainers to help
Columbia University with an article.
Wes Carter
Mission Statement: VA Recognition for Agent Orange Exposure of C-123 Veterans
Email: rustysilverwings@gmail.com
Web:  C123KCANCER.BLOGSPOT.COM
www.123agentorange.com

Gung HO is derived from the name of a Chinese industrial  co-operative, “Gingye Hezuoshe.” The two  characters  forming the words meaning, “work and “together.”

This term was adopted by Marine Major Evans Carlson who explained, ” I was trying to build up the same working spirit I had seen in China where all  the soldiers dedicated themselves to the one idea and worked together to put that  idea over. It means work together–working in harmony.  Carlson became Commander of the famed 2nd Marine Raider Batallion and from there the term Gung Ho spread throughout the Corps where it became an expression for strong Marine espirit de corps, zealousnous and eagerness to work together. Enthusiastic and dedicated Marines were called, “Gung Ho.”

So with that as a premise, does it follow that the Congress and the Senate should complete Marine Boot Camp prior to taking the Oath of Office!

Hang out for combat veterans and families.